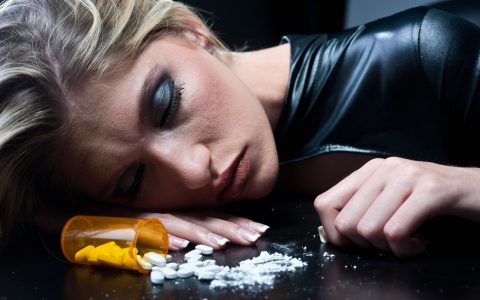 I was in the hospital recently for an ambulatory abdominal surgery that lasted 3 hours.  In the recovery room, I was feeling no pain and after the wooziness wore off, I showed that I could drink a cup of coffee and eat a tuna salad sandwich, which in my locality is the ticket to walk. […]

I was in the hospital recently for an ambulatory abdominal surgery that lasted 3 hours.  In the recovery room, I was feeling no pain and after the wooziness wore off, I showed that I could drink a cup of coffee and eat a tuna salad sandwich, which in my locality is the ticket to walk.

But before I could get out of bed, the nurse handed me a pill and a cup of water.

“Something for the pain.”

“You probably will after the full effects of the anesthesia wear off.”  She said, pushing the cup of water and the pill back toward me.

Then she said, “We believe that you should take your pain medication before you feel any pain.”

“Because once the pain starts, if you take the pill, it might be twenty or thirty minutes before you get any relief. You’ll be chasing the pain.”

I pretended to take her logic and to get out of the hospital I took the pill too, but what she said got me thinking.

A few years ago, I had a total knee replacement, and before I was sent to a physical rehab clinic the hospital gave me some pills and told me to take them before the pain set it. I did as I was told and felt very good indeed.  A week later, at the rehab clinic, I was re-prescribed the same medication and continued taking the pills.  But the good feeling I got the first week didn’t last and I was feeling a little pain before my next pill was due to be taken.

So the rehab nurses shortened the time between pills and everything was all right.  Two weeks later I was discharged with a prescription for more of the wonderful pain pills.  The prescription was for enough pills – at the rate I was now taking them – to last for two more weeks!  This was now almost a month after the surgery.

I was continuing to feel wonderful.  Usually a grumpy person, I was mellow and gentle with everyone around me, especially my wife, for whom I was discovering a new dimension of love and respect.  Somewhere along that two weeks, my wife noticed the change in me.

“Yeah,” I answered.  “These pills have made me a content and more tender person. I’ve discovered a whole new level of love for you.”

“Like hell!  She replied, “About an hour before your next pill, you become a raging maniac.”

“You’re addicted to that crap.”

I immediately decided to stop and strong-willed that I am, I did.  The next day I caught a bad case of the flu.  Coughing, nausea, headache.  I called the doctor and in the course of explaining how sick I was, he casually asked, “Did you stop taking the pain meds?”

“Yeah,” I said.  “My wife thought I was overdoing it so I stopped it yesterday.”

“That’s no flu you have.  You’re in withdrawal and you can’t do that.” She said, “You have to taper off slowly.”

She explained how to replace each of my regular doses with ever smaller amounts, stretching out over five days. I followed her advice and with my wife’s supervision, we cut the pills with a razor blade, and as soon as I took my first reduced size pill, the flu went away, but there wasn’t enough of the drug to get me back to that “love and peace” state.  I was back to my usual grumpy old bastard personality and frankly, that wasn’t so bad.  By the fifth day, I was down to my last pill, a small sliver that melted on my tongue and it was goodbye and farewell.  Then I threw the rest down the toilet, which I later learned was a bad thing because the water is getting full of opiates!

So what’s the moral of this story?  I suggest this:  Wait for the pain.

You already know you don’t want to take any more opiates than you absolutely need to get through the pain.  So how do you know when to stop the drugs if you’re not in a hospital or professionally monitored on a daily basis?  How can you possibly know what it is you are trying to avoid if you never have any sensation of it?  Sure, you are probably going to get a big wallop of pain and then have to wait until the drug knocks it back.  But having had that wallop, you know what to look for a few days later or a week later and you know it probably won’t be a few weeks of healing later.

And just in case my opinion is wrong or doesn’t fit your case, always, always ask the advice of a physician.  Share this article with her or him and let it be known you don’t want to take opiates, to begin with, and certainly not one minute more than you have to – according to your OWN pain tolerance.  Humans were designed to feel pain for a purpose and that purpose just might save you a life of addicted hell.